Whether Sparklite is one of the clone games that Zelda fans change the channel as soon as they see it as "ehh", is it in the limelight. It's hard to decide because it's a fine line. Although we encounter new and original attitudes, it is possible to see the items that we know that repeat itself. Especially in the days when Pokemon came out, it is obvious that it took great effort to switch to Switch, although it was Indie and clone.

Located in the Action-Adventure genre, Sparklite takes on the adventure of our character Ada, who is trying to save the world of Geodia from Baron. As a result of Baron's exploitation of the energy of Geodi lands and terror with all kinds of evil, a group of talented people clustered in The Refuge, which is a safe zone, helps us in this adventure. Here, we can turn the precious stones we earn in the game into equipment such as weapons and health. When we die, the game starts again for us and we return to where we left off with a zeppelin-boat mix vehicle.

As a theme, repair tools are used instead of the sword-shield. Chains, mechanical platforms etc. Our main character Ada's weapon is a wrench. Pressing the Y key hurts, and when we hold it down, we can hit the ground like a hammer. We use the dash that we use to cross some platforms and escape from the enemy, and the A key for fast escape. There are also a limited number of firearms and bombs that we can obtain by solving some puzzles. It is a bit boring that there are not too many details about developing them and they are few in number. In the episode, we can earn precious stones and other elements by collecting things such as herbs, various bright trees with our main gun and opening chests. 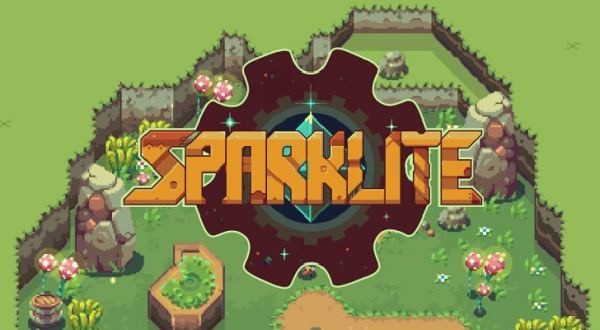 The action part in the game is very concentrated. Enemies do not easily die with sallapati methods. You have to determine ways to fight even for the simplest type. This increases the difficulty level of the game and makes it enjoyable, but there are confusion in the parts that can be damaged. For example, not everything we see is falling apart and there is no symmetry about it. It keeps itself away from repeating, but it can become boring after a while. I cannot say that his discovery was so arbitrary. It takes some time to get used to Dash mechanics. This feature, which we use more in order not to fall between the shattered soil, causes health loss if it is not used just in time. Of course there are many items that I have not mentioned, but I cannot say that they kept me in the game in general. The map is not very useful.

I have to say that I like the graphics very much. Although the camera angle is unnecessary, everything in the game is designed independently with really effort. I find it correct to use this way to distinguish itself from similar productions in the genre. I would expect the music to be more remarkable than this epic and occasionally harsh, melancholy story (we have a cute heart sacrificing your life right at the beginning of the game). The sound effects are not very bent. Instead of cleaner sounds, I would expect stunning effects and vibration with darker music.
Son Dakika
Devamı